Track Your News with RSS Instead of Social Media 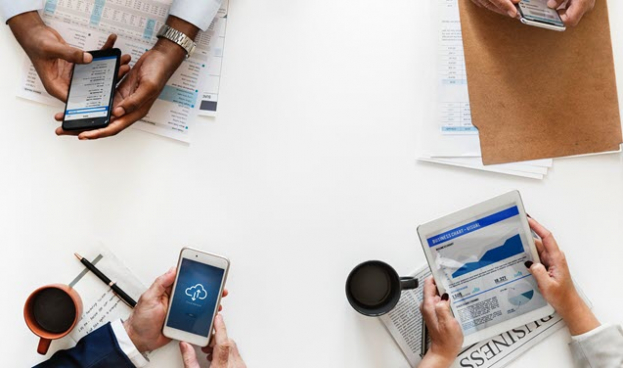 One of the first popular sites to ever offer RSS, Rich Site Summary (or Really Simple Syndication) was the New York Times in early 2002. These feeds brought the advantage of learning about the latest news or trends from a variety of sources at once, without being obligated to subscribe, see ads, or opt-in to emails. Soon many other popular sites followed, and most news sites, canvassing the entire political spectrum – from Breitbart.com to Huffington Post and Google News now provide RSS feeds to readers.

But as social media grew in popularity, RSS seemed to become drastically less popular, with major sites such as Google Reader as far back as 2013 and Digg shutting down earlier this year. One by one, major tech company sites such as Twitter and Apple have removed their RSS support. Recently, Firefox has announced that it will drop its RSS feed reader and Live Bookmarks support by the end of the year, stating that it “cannot justify the investment since 99.9% of its users don’t use the functionality at all.”

So why might users still reconsider gathering their news and information on the latest technology, issues, or developments in your industry from RSS feeds rather than social media?

Before we answer that question, let’s back up a bit.

In case you don’t quite understand the technical aspects of RSS versus social media, here’s an analogy for you: RSS can be thought of as sitting down with your best friends and having them tell you about what’s going on with their lives over tea. It can be real quality time spent with quality people. Getting your news from social media, on the other hand, can be thought of as gathering with a bunch of people to hear the latest gossip – often not just about themselves, but also about other people. Is this gossip true? Who knows? Sometimes it is, and sometimes it isn’t.

Beyond legitimacy, however, there’s another serious problem with tracking news events via social media – it’s just plain exhausting. Having to track news from different social media sources, day after day, and filter out what is relevant versus what isn’t relevant, can be time-consuming and too much for any one person.

RSS, on the other hand, lets you customize your feed and catch up to speed whenever you’re ready.

The filter bubble can keep you in an isolated bubble, so much so that in extreme cases, you and your liberal New York friends are shocked to find out how much support Donald Trump has during the presidential elections.

RSS, in contrast, delivers you the news – unfiltered. You won’t be as surprised as a result of your own biases.

As a result of it not having to answer to a particular algorithm, RSS feeds can be an invaluable tool for research. It offers more control, with more relevant information without the data manipulation that social media unfortunately brings with its use. With RSS, you don’t have to listen to the latest gossip and hearsay, but concentrate on the real news. This also makes for less noise and a more pleasant online experience than having to constantly stay on top of social media.  You’ll read from the sources you’ve chosen in advance, whenever you’d like to be updated.

As Victor Stankov, business development manager for Inoreader’s content reader, explains it: “Social media has mass appeal because it is simple to understand and use, with little to no challenges involved for the user,” says Stankov. “RSS is whole different game, where the main goal is for the end user to research and find valuable information sources, as well as periodically clean up the news feed from irrelevant noise.”

In particular, developers will find RSS to be a superior choice for content monitoring, curation and aggregation. They are cautious about relying on proprietary and frequently changing APIs as well as their tendency to be influenced by user behavior. In addition, developers are constantly in need of a method to deal with the seemingly infinite amount of web content and transforming it into a structured data feed. RSS can be a great way for developers to leverage the never-ending proliferation of user data while also avoiding personalization algorithms and the dreaded filter bubble.

Webz.io’s RSS monitoring solution regularly crawls and indexes updated content on the web from millions of posts per day, including a huge massive repository of historical data. It consolidates these news sources into one place so you can easily identify trends, measure sentiment and rest assured  that you’re not missing any important news sources. The world’s leading media monitoring companies rely on our RSS feeds for performing data mining and analysis of the world’s online news as well as pre-filter the information so that you only receive information from the most relevant news sources.

Want to learn more about how you can integrate RSS into any API to receive the most relevant news and trends in your industry? Start your 10-day free trial today, or talk with a data expert to learn more about Webz.io’s solutions and start collecting the RSS data you need.

Why is News API So Critical To Risk Intelligence?

Learn how a good News API can help risk intelligence teams keep ahead of emerging risks.

Coverage, latency and quality of news data are the keys to a robust media intelligence service, so choose your data provider carefully

Here’s how we used our News API to find out how the media reacted to Simone Biles’ decision to withdraw from the Tokyo Olympic final.