Deutsches Drogenforum – Drugz’n’roll  is a German Telegram group whose main purpose is to sell drugs.

Deutsches Drogenforum – Drugz’n’roll is a public Telegram group with an average of 1,100 daily messages. Members are primarily drug dealers looking to sell an assortment of illegal drugs.

Since Telegram’s stated mission is to protect private conversations and data from third-parties (including governments), it’s no surprise that the chat application is a haven for drug dealers and other criminals. Unlike Whatsapp and other chat applications, Telegram offers full anonymity,  including the ability to forward messages anonymously and to set up a username while preserving a user’s phone number as private. Telegram groups can be public or private, but Deutsches Drogenforum – Drugz’n’roll  is a public group.

Members of the German chat group also share pictures of drugs they are selling and in some cases links to their own shop or site. Webz.io’s Open Web ImageFilter can embed images in the chats and in some cases identify the type of illicit drug and the GPS location of the image.

Here is an example of a photo of the drugs sold by one of the members of the group that we have in our Dark Web Monitoring API: 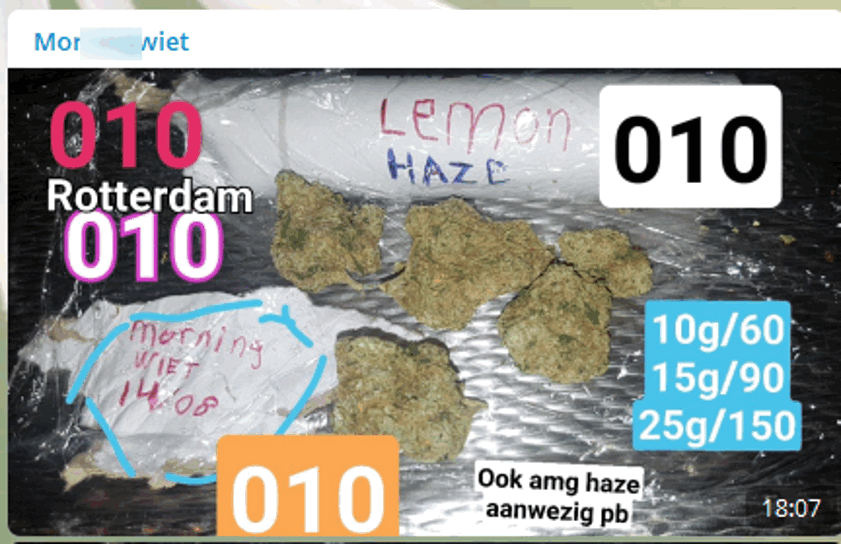 Here is another post of a member listing the types of drugs he is selling in the “menu”: 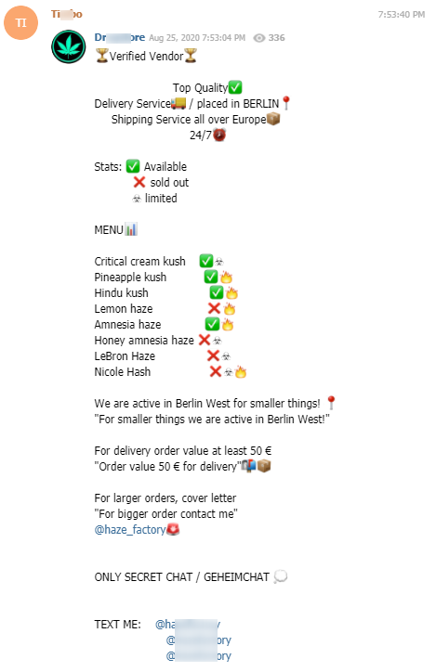 Deutsches Drogenforum – Drugz’n’roll is just one of the many groups that Webz.io monitors on Telegram, along with thousands of groups from many different chat applications. We pride ourselves on continually delivering the most comprehensive data from the deep, dark and open web to our customers, so that law enforcement and security officials can better defend against the criminals that threaten our global safety.